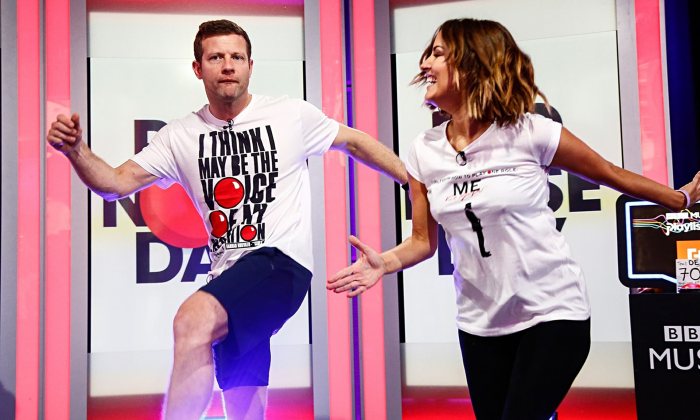 If you’d asked me last week whether I’d find myself in tears at the sight of a sleep-deprived man dancing all day and night, often by himself and to music that no one else could hear, I’d have been sceptical; it sounds like the tail end of every music festival I’ve ever been to.

But on Friday, the nation was briefly united by the unexpectedly moving spectacle of Dermot O’Leary and his 24-hour “danceathon” for Comic Relief.

According to the doctor monitoring his progress, O’Leary took 114,000 steps, burned nearly 11,500 calories and covered the equivalent of 105km, meaning everyone else with a Fitbit might as well just give up.

But it wasn’t the statistics that caught the public imagination as O’Leary bounced and jigged his way to a total of £643,336 of donations. It was something more basic – a fundamental delight in watching someone doing something utterly silly and yet life-affirming – that had social media sites overflowing with love for O’Leary...