William Nicholson: ‘In Hollywood, people push you to produce work you didn’t know you had in you’ 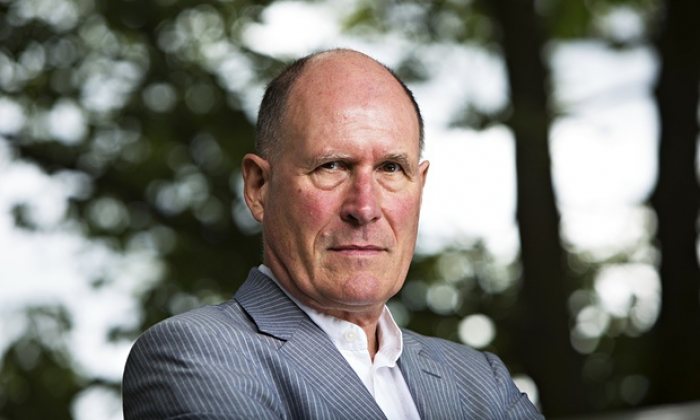 William Nicholson is the author of numerous novels for adults and teenagers. As a screenwriter his credits include Shadowlands, Gladiator, Les Misérables and Mandela: Long Walk to Freedom. He was awarded an OBE in the New Year’s honours list and his latest novel is The Lovers of Amherst.

What are the advantages of combining your career as a novelist with that of Hollywood screenwriter?
The obvious advantage is that it’s fun. The trade off is that in Hollywood you have no power. In terms of its effect on my life and work I think it’s very good: people push you to produce work you didn’t know you had in you, and you can never get a fancy idea of yourself because in Hollywood you get sacked a lot. When a project goes down that you believed was good, it can be very disheartening, but you grow up. The other thing about working in the film world is that because writers get such strong criticism, if you can take it – and you have to have a very robust ego to take it – it makes you better. It’s like going into a wind tunnel, it just strips off all the crap. I think that is probably a good thing but you don’t want too much of it because it can destroy you.

Your new novel centres on the poet Emily Dickinson. Have you always wanted to write about her?
I’ve always loved her poems. I’ve always been interested in religious subjects and relationships, and here was a woman struggling with issues of loneliness, meaninglessness, value and beauty, excitement and wonder, all in such a tiny compass. A lot of people in this country don’t know her and I felt quite missionary about it, I thought one day I’ll do something that will spread the word and enable me to balance Emily Dickinson’s poems with ideas that I have, but for a long time I couldn’t work out how to do this.