Even the dead have a story to tell... 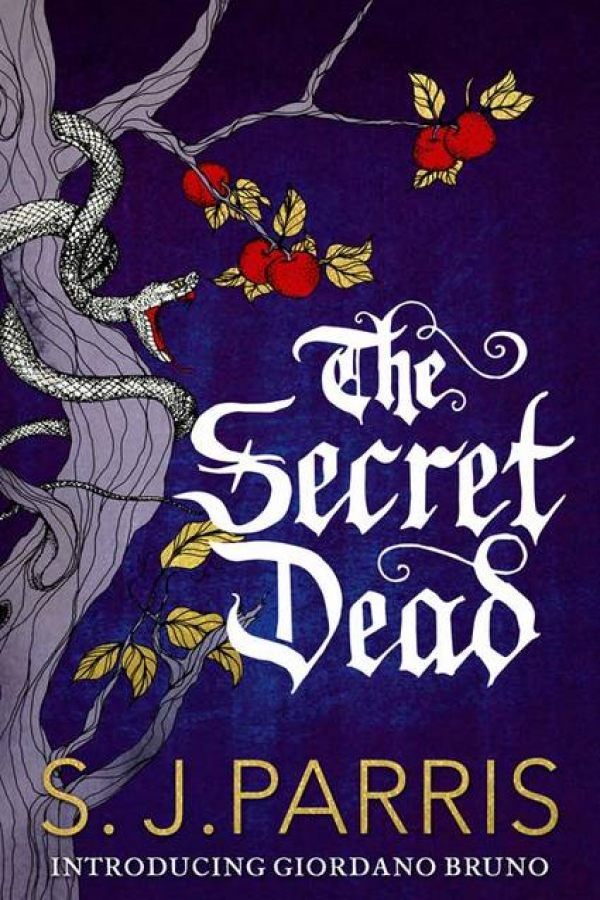 During a sweltering summer, eighteen-year-old Giordano Bruno takes his final vows at San Domenico Maggiore and is admitted to the Dominican Order – despite doubts over his tendency to ask difficult questions.

Assisting in the infirmary, Bruno witnesses an illicit autopsy performed on the body of a young woman. Her corpse reveals a dark secret, and Bruno suspects that hers may not have been an accidental death.

His investigation leads him to a powerful figure who wants to keep the truth buried – and Bruno is forced to make a choice between his future in the Order, and justice for an innocent victim and her grieving family…

I was eighteen years old and had just taken holy orders the summer Fra Gennaro found the girl. It was not the first time I had seen a naked woman. I had entered the Dominican order as a novice at fifteen, old enough by then to have tasted first love, the sweet warmth of a girl’s pliant body in the shade of the olive trees above the village of Nola. A distant cousin, as it turned out; her family were livid. Perhaps that was why my father had been so ready to pay out for my education, though God knows he could ill afford it. Sending me away to the Dominicans in the city was cheaper than a scandal. We were given new names on taking our final vows, to symbolise the shedding of our old selves. I took the name Giordano, though most people just called me Bruno.

Naples in the summer of 1566 was an inferno of heat and noise, dust and crowds; a city of heart-stopping beauty  and casual violence. Two hundred and fifty thousand souls seething inside ancient walls built to house one-tenth that number, the tenements growing higher and higher until their shadows almost shut out the sun because land was scarce, so much of it taken up by the vast gardens and courtyards of the palazzos and the religious houses. Tensions in the city streets brewed and boiled like the forces of the great volcano that overshadows them. Even walking from one side of a piazza to the other felt like fighting through the front line of an advancing army: elbows and fists, baskets, barrows and hot, angry bodies jostling and shoving, trampling or crushing one another. Horses and carts ploughed through the heaving marketplaces while the sun hammered down without pity and blazed back from walls of yellow tufa stone or the flashing blades of knives drawn in exchanges of rich  inventive cursing. The Neapolitans discharged the tension by fighting or fucking, often at the same time. Soldiers of the Spanish viceroy patrolled the streets, though whether their presence imposed order or fuelled the general air of aggression depended on your view of our Spanish overlords. It was a city stinking of hypocrisy: kissing in public was illegal, but courtesans were permitted to walk the streets openly, looking for business even in the churches (especially in the churches). Blasphemy was also punishable by law, but beggars, vagrants and those without work were allowed to starve in the streets, their bodies rounded up each night on carts and thrown into a charnel-house outside the walls before they could spread contagion. Thieves, assassins and whores thrived and  prospered there and, naturally, so did the Church.

In the midst of this simmering human soup stood the magnifi-cent basilica of San Domenico Maggiore, where the faithful could worship the wooden crucifix that had once spoken aloud to St Thomas Aquinas. San Domenico was one of the wealthiest religious houses in the city; the local barons all sent their superfluous younger sons there as a bribe to God, and many of my brothers dressed and strutted like the young lords they still felt themselves to be, keen to preserve the distinction of degree despite their vows. The deprivations of religious life were interpreted here with considerable lassitude; it must have been well known to the prior and his officials that a number of the novices had copied keys to a side gate and often slipped out into the heat of the city streets at night, but I never saw anyone punished for it, provided they were back in time for Matins. Drinking, dicing, whoring – sins such as these were straightforward, easy to overlook in young noblemen with high spirits. It was sins of thought that the authorities could not countenance. In its favour, I should say that San Domenico prized other qualities than birth: it was famed as the intellectual heart of Naples, and a mere soldier’s son like me might be admitted at the Order’s expense if he showed enough promise as a scholar.

By early September, the city had grown heavy and slow, exhausted by the ferocity of the long summer’s heat; people barely made the effort to curse as you pushed past them. There was a sense of apprehension, too; the previous autumn had brought a season of thick fogs off the sea carrying the contagion of fever and the epidemic had infected half  the city. I had taken my final vows and been admitted to the Order in the spring, despite some misgivings on the part of the novice master, who confided to the prior that Fra Giordano Bruno had trouble submitting to authority and a taste for difficult questions. During my novitiate I had shown aptitude for my studies in the natural sciences, and the prior had set me to work for a while as assistant to Fra Gennaro, the brother infirmarian, in the belief that vigorous practical tasks – measuring, chopping and distilling remedies, helping to cultivate and harvest the plants used to make them, as well as tending to the ailments of those brothers confined to the infirmary – would occupy my mind and curb my wilful-ness. In this he was mistaken; the more I learned about the natural world, its correspondences and hidden properties,  the more my questions multiplied, for it seemed to me that our understanding of Creation, handed down from antiquity through the Scriptures and the Church Fathers, did not stand up to the most elementary scrutiny and observation. Fra Gennaro regarded my questions with forbearance and a hint of dry humour; for the most part he proved an attentive, if non-committal, audience while I formulated my doubts and theories aloud and only rarely did he reprimand me when I overstepped the bounds of what he judged a God-given hunger for knowledge. Few of the other friars would have shown such tolerance.

Fra Gennaro had studied medicine and anatomy at the famous medical school in Salerno; he had wished to become a doctor and eventually a professor, but some years earlier his family’s fortunes had shifted for the worse, obliging him to leave the university and offer his skills in God’s service. It was not the worst blow Fate could have dealt him – he was granted considerable freedom to further his medical knowledge in his new role, though I understood there was some dispute with the prior over the morality of using certain Arabic texts – but it was not the life he had aspired to and, though he never voiced this, I sensed in him a restlessness, a wistful longing for his old world. He was barely forty, but to me, at eighteen, he appeared to possess a wealth of know-ledge and wisdom that I yearned towards – and not all of it sanctioned. In his heart he was a man of science, and a Dominican only incidentally, as I felt myself to be; perhaps this accounted for the instinctive affinity that quickly grew between us.