Nothing is sacred in the pursuit of power. 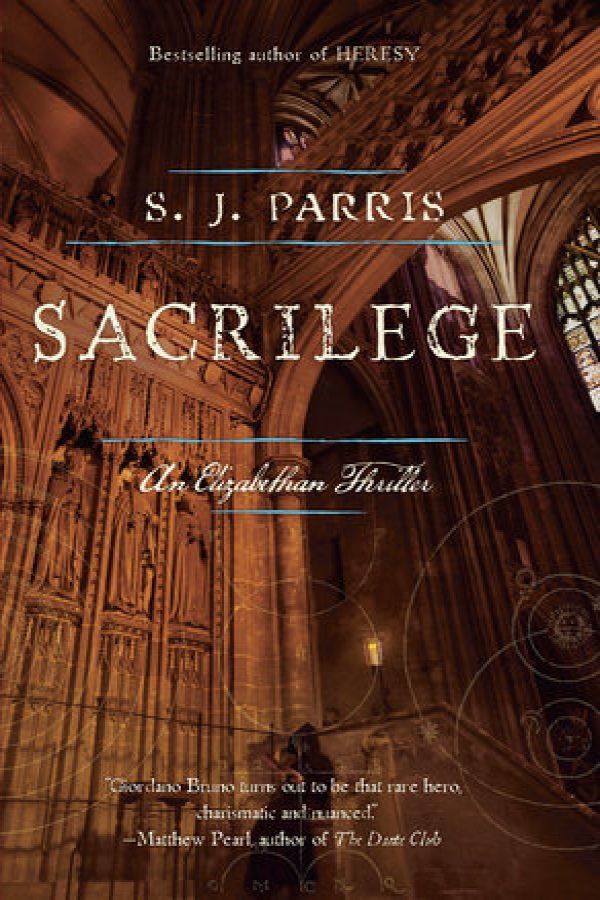 The Protestant Prince William of Orange has been assassinated by a fanatical Catholic, and there are whispers that Queen Elizabeth will be next. Fear haunts the streets of London, and plague is driving many citizens away. Giordano Bruno, radical philosopher and spy, chooses to remain, only to find that someone is following him through the city. Confronting his stalker, he realizes it is the woman he once loved – she is on the run, having been accused of murder.

Bruno travels to Canterbury to help clear her name, and also on behalf of Sir Francis Walsingham. The Queen’s spymaster has long suspected Catholic influence in the ancient centre of pilgrimage, and instructs Bruno to work to expose any enemy plots.

As Bruno begins his hunt for the real killer, he is drawn into the heart of a sinister conspiracy hiding in the shadow of England’s holiest shrine...

I knew that I was being followed long before I saw or heard my pursuer. I felt it by some instinct that by now had been sharpened by experience; a shifting of the air, a presence whose movements invisibly shadowed my own. Someone was watching me and had been for several days: from the mouths of alleyways, from behind pillars or walls, amid the crowds of people, carts and animals that thronged the narrow streets of London or out among the river traffic. At times I even sensed eyes on me in the privacy of my room at Salisbury Court, though that was surely impossible and could only have been the tricks of imagination.

It was the twenty-third day of July, 1584, and I was hurrying to deliver my new book to my printer before he left London for the rest of the summer. A merchant ship from Portugal had recently docked at Tilbury, at the mouth of the River Thames. Plague was raging in Lisbon and the crew had been forcibly quarantined; despite these measures, rumours that the infection had begun to claim English victims were spreading through the city quicker than the disease itself ever could. Outbreaks of plague were common enough during London summers, I had been told, and any Londoner with the means to move to healthier air was packing as fast as they could. At the French embassy, where I lived as the Ambassador’s house-guest, whispers of the black plague had sent the household into such a frenzy of imagined symptoms that the Ambassador had dispatched his private secretary to enquire about country houses in the neighbourhood of the Palace of Nonsuch, Queen Elizabeth of England’s summer residence.

Fear of the plague had only added to tensions at the embassy in the past few days. Our peace had been shattered the previous week by the arrival of the news from the Netherlands that William the Silent, Prince of Orange, had been assassinated, shot in the chest on the staircase of his own house in Delft by a man he knew and trusted. I imagined that in all the embassies of the Catholic and Protestant powers throughout the greatest cities of Europe, men and women would be standing much as we did when the messenger arrived, speechless in the face of an act whose repercussions would shake the world as we knew it. The shock and fear occasioned by the deed were still palpable in the streets of London; not that the English people gave two figs for William himself, but it was well known that the Catholic King Philip II of Spain had offered a reward of twenty-five thousand crowns for his murder. And if one Protestant ruler could be knocked down as easily as a skittle, there was no doubt that Queen Elizabeth of England would be next on Philip’s list. The sense of foreboding was all the greater at Salisbury Court because William’s assassin had been a Frenchman.

John Charlewood, my printer, had his lodgings at the Half-Eagle and Key in the street known as Barbican, just to the north of the city wall. He also had a press nearby at the Charterhouse, the old Carthusian monastery which had been converted into a grand private residence, but I refused to visit his business premises; the Charterhouse was now owned by Thomas Howard, half-brother to the young Earl of Arundel. I had made enemies of the Howards – the most powerful Catholic family among the English nobility – the previous autumn and preferred to avoid the possibility of running into any one of them. This amused Charlewood, but he never asked questions; he was sufficiently eccentric himself to tolerate the apparent caprices of others, or else shrewd enough to realise that, in these days of tangled loyalties, it is often safer not to know another man’s business.

The sun was already high when I set out from Salisbury Court with a leather satchel containing my manuscript pages slung around my back. Sharp diamonds of light glinted from the windows of the buildings on Fleet Street, mostly printers and taverns that served the nearby law courts. As I walked, my feet scuffed up clouds of dust from the cobbles; occasion-ally I had to step aside to avoid a heap of fresh horse dung, but elsewhere the heat had hardened older piles into dry, straw-scattered crusts. The smell of rotting refuse and the sewage stink of the Thames weighed down in the still air; I pressed the sleeve of my linen shirt over my nose and tried to breathe through my mouth. The sun beat hard on a street that was curiously quiet. The law terms had finished now, so Fleet Street was missing the bustle of the Inns of Court, yet one would have expected more traffic on the main  thoroughfare from Westminster to the City of London. I glanced around. Perhaps people were staying indoors for fear of the plague; perhaps they had all left for the countryside already, and the few souls remaining at the embassy were unwittingly living in a ghost town. This thought made me impatient; life was so fraught with natural hazards and those we invite on our own heads that if you were to spend your life hiding from the prospect of trouble, you would never leave your chamber. I should know, having spent the past eight years on the run through Europe with danger’s cold breath constantly at my neck, ever since the night I fled from my monastery in Naples to escape the attention of the Inquisition. Yet my life had been fuller, more vivid and infin-itely more precious to me during those eight years, when I had come close to losing it several times, than in the thirteen years I had lived safe inside the sacred walls of San Domenico Maggiore.

I had just crossed Fleet Street and turned into Shoe Lane when I saw it: a disturbance at the edge of vision, brief as a blink, and then it was gone. I whipped around, my hand flying to the hilt of the bone-handled dagger I had carried at my belt since the night I became a fugitive, but the lane was almost empty. Only an old woman in a thin smock walked towards me, her back bent under the weight of her basket. She chanced to glance up at that moment and, seeing me apparently reaching for my knife, dropped her goods and let out a scream that echoed across the river to Southwark and back. 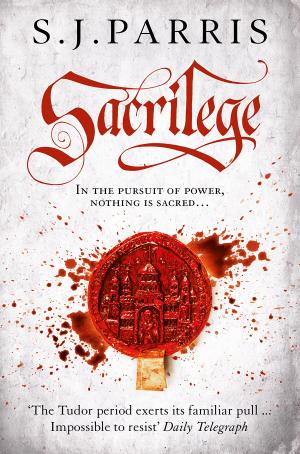 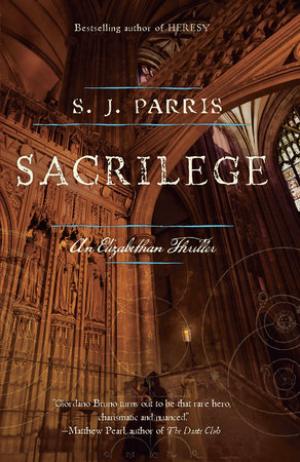 'A brilliantly unusual glimpse at the intrigues surrounding Queen Elizabth I'

'Fascinating … The period is incredibly vivid and the story utterly gripping'

'Parris writes with confident ease of Tudor London … The dialogue balances nicely on a tightrope of period phrases and cut-to-the-chase colloquialisms. More, please'

'It has everything – intrigue, mystery and excellent history'

'Impossible to resist … Parris creates a convincing sense of the past, woven with so much intrigue that the head fairly spins'